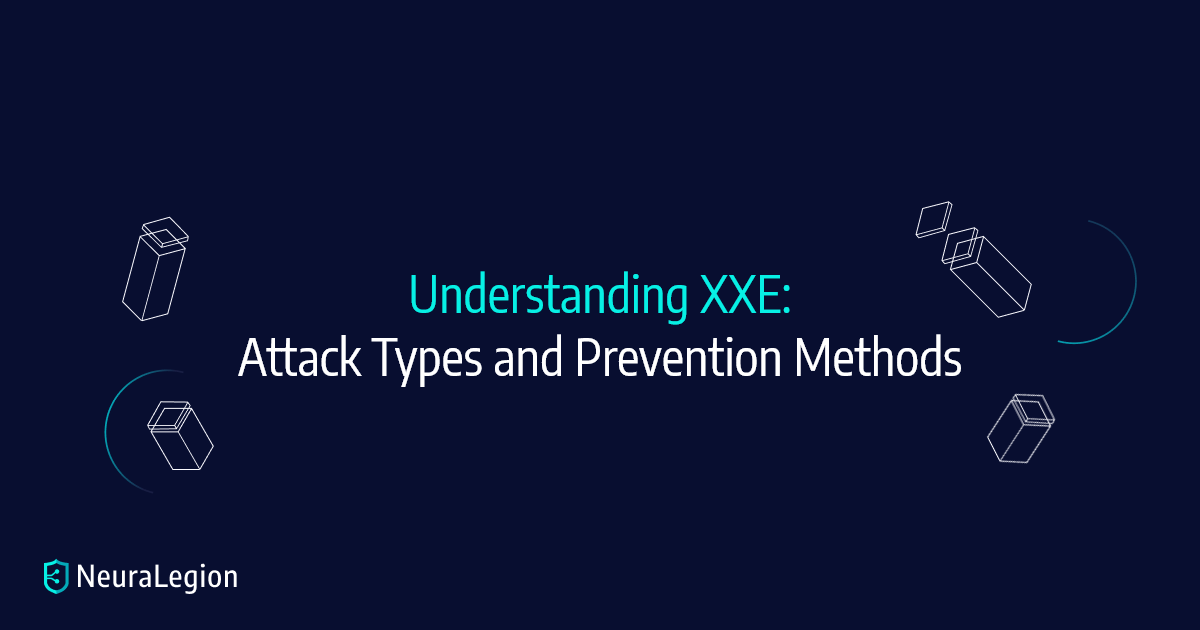 What is XXE Attack?

Many websites accept XML files containing user data, or an XML-based file like PDF, and return an XML-based output to the user. A malicious user can try to inject code referencing an external XML entity, which includes data from sensitive files on the server. When the server reads the XML, it parses the external entity, merges it into the final document, and returns it to the user with the sensitive data inside.

To be vulnerable a web application or service must meet three criteria:

What are the Types of XXE Attacks?

An attacker may attempt to retrieve files from a server filesystem. This requires modifying the submitted XML as follows:

Here is an example from OWASP illustrating this attack:

XXE attacks can be used to induce server-side applications to make unwanted HTTP requests to a URL selected by the attacker (known as server side request forgery). To do this, the attacker must:

Here is an example of an entity that generates an HTTP request to an internal system:

A blind XXE vulnerability means that the application does process external XML entities in an unsecure way, but does not return those entities in its responses. This means attackers will need to use advanced techniques to detect the vulnerability and exploit it.

Attackers can still exfiltrate data using blind XXE, for example by causing the server to connect to a URL controlled by the attacker.

Attackers may alternatively submit invalid XML to a server, triggering an XML parsing error. This can be done in such a way that the error message will disclose the sensitive data sought by the attacker.

When the server evaluates the XML, it attempts to load a nonexistent file entity, and upon failing, evaluates the error entity. It then displays an error message, which reveals the content of the sensitive file.

Here are three common ways you can prevent XXE attacks.

To prevent XXE vulnerabilities, you should configure XML parsers in your applications to disallow custom XML document definitions (DTDs). There are almost no functional trade-offs, because most applications rarely require custom DTDs.

However, the problem is that each programming language or software component may use a different parser, each with its own way to disable DTDs. If your application or project has several parsers, you need to configure each one manually.

Different parsers have different function names and functions, so you should check the relevant documentation. Refer to the OWASP XXE cheat sheet for a list of common parsers and how to configure them to disallow DTDs.

Third-party code within an application may include XML parsers. By manually configuring parsers, you increase the risk of missing a parser somewhere in your application code or endpoints.

To automate this process, you can insert checkpoints within specific parts of code in order to monitor runtime execution flow. This lets you automatically monitor for classes that are related to XML processing. You can also use it to validate external DTD activity.

You can also use instrumentation to defend against the most dangerous XXE exploits, which involve external code execution.

Here are a few more things you need to do to create additional layers of security against XXE in your application:

NeuraLegion’s NexDAST helps automate the detection and remediation of many vulnerabilities including XXE, early in the development process, across web applications and APIs.

By shifting DAST scans left, and integrating them into the SDLC, developers and application security professionals can detect vulnerabilities early, and remediate them before they appear in production. NexDAST completes scans in minutes and achieves zero false positives, by automatically validating every vulnerability. This allows developers to adopt the solution and use it throughout the development lifecycle.