What is SQL Injection Attack?

This article focuses on the anatomy of SQL injection attacks. To learn more, including how to prevent attacks, see our complete guide to SQL injection.

Over the past 20 years, many SQL injection attacks have targeted large websites, business and social media platforms. Some of these attacks led to serious data breaches. A few notable examples are listed below.

How Does a SQL Injection Attack Work?

There are several types of SQL injection—here are a few common variants.

SQL injection based on user input

A basic SQL injection attack uses user inputs. Web applications accept inputs through forms, which pass a user’s input to the database for processing. If the web application accepts these inputs without sanitizing them, an attacker can inject SQL statements via form fields and delete, copy, or modify the contents of the database.

Another approach to SQL injection is modifying cookies to “poison” database queries. Web applications often load cookies and use their data as part of database operations. A malicious user, or malware deployed on a user’s device, could modify cookies, to inject SQL in an unexpected way into the backend database.

SQL injection based on HTTP headers

Server variables such HTTP headers can also be used for SQL injection. If a web application accepts inputs from HTTP headers, fake headers containing arbitrary SQL can inject code into the database.

These are possibly the most complex SQL injection attacks, because they may lie dormant for a long period of time. A second-order SQL injection attack delivers poisoned data, which might be considered benign in one context, but is malicious in another context. Even if developers sanitize all application inputs, they could still be vulnerable to this type of attack.

Here are a few examples of the harm SQL injection attacks can cause to an organization, if successful:

Let’s look at two common examples of SQL injection attacks. They are based on code provided by the OWASP project.

This is a simple SQL injection attack based on user input. The attacker uses a form that requires first name and last name as inputs. The attacker inputs:

The SQL statement that processes the form inputs looks like this:

Once the attacker injects a malicious expression into the first name, the statement looks like this:

The database identifies incorrect syntax due to the single apostrophe, and tries to execute the malicious statement.

Here is code from OWASP showing how to prevent this attack, by sanitizing the input.

After combining the username and item name, the code creates the following query:

SELECT * FROM items
WHERE owner =
AND itemname = ;

The problem here is that the original code uses concatenation to combine data. The attacker can use a string like ‘name’ OR ‘a’=’a’ as the item name. ‘a’=’a’ is a condition that always evaluates to true, so the SQL statement will be true for all items in the table.

Which is the same as: SELECT * FROM items;

This means the query will return the data of the entire table, giving the attacker unauthorized access to sensitive data.

NeuraLegion’s NexPloit helps automate the detection and remediation of many vulnerabilities including SQLi, early in the development process, across web applications and APIs.

By shifting DAST scans left, and integrating them into the SDLC, developers and application security professionals can detect vulnerabilities early, and remediate them before they appear in production. NexPloit completes scans in minutes and achieves zero false positives, by automatically validating every vulnerability. This allows developers to adopt the solution and use it throughout the development lifecycle. 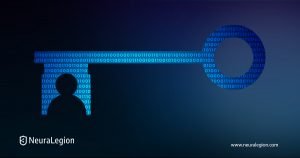 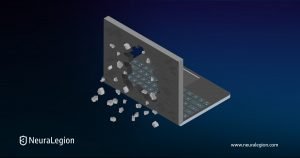 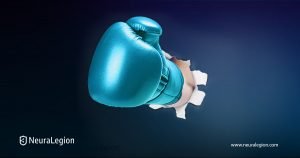